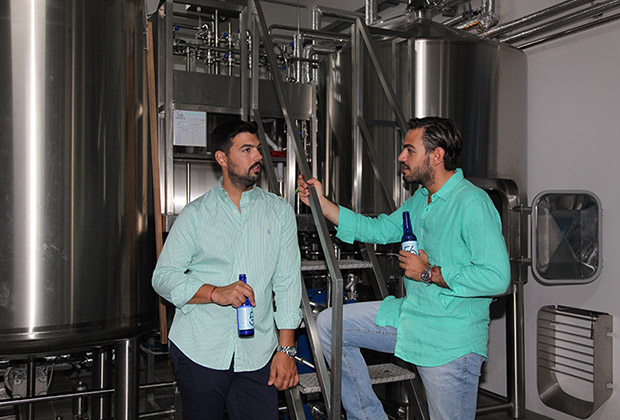 The beautiful island of Paros can boast not only about its Cycladic architecture and sandy beaches, but also the beer “56isles”, which a few months ago impressed the most demanding palates and won the “Good Taste” award over nearly 13,000 other entries.

The Microbrewery of Paros was founded in 2014 by Marinos Alexandrou from Cyprus and Nicolas Pavlakis from Paros, two young men who met in London during their studies. Their love for beer and for the Aegean island prompted them in the midst of Greece’s economic crisis to produce “56 isles” (the name comes from the 56 large and small islands of the Cyclades Alexandrou and Pavlakis wanted to pay homage to). 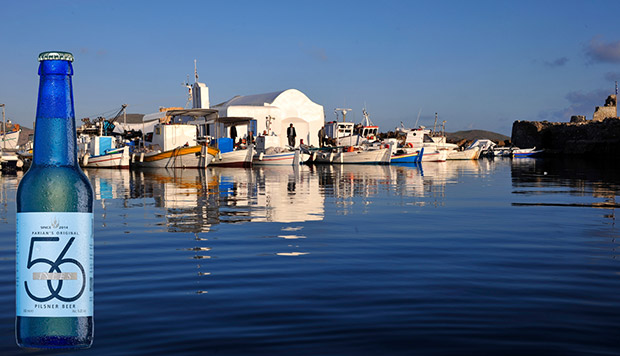 It was on a warm afternoon in London that they made the decision to set up a business together. “We were outdoors in a pub in Mayfair drinking beer,” they said to NEO. “There was some sort of event going on across the road and the area was buzzing with people that were outside enjoying their drinks in that lovely weather. That reminded us of those beautiful days on the islands having a cold beer under the Greek sun.”

“You can experiment with different ingredients and produce on an exceptional taste range, from the more traditional ones to extremely niche and interesting tastes,” says Marinos. “The exciting and creative factors were there and we were also trying to work out the commercial aspects of something like this.” He already had business in the leisure sector and we could see that craft beer was becoming quite popular amongst consumers.

Currently, they have their award-winning Pilsner, which is a light blonde beer, and they also started producing a Wit, the Aegean Wit, which is a fresh aromatic beer.

As they explained to NEO, they constantly experiment with ingredients and have a number of exciting recipes that they want to put in production. “This will happen gradually, as we want to be able to establish each product well before moving to develop the next”.

The beer is now available in Greece and they have just started exporting to the UK, Germany and France. The next markets will be Italy and Switzerland, while at the same time they are in negotiations with a number of interested parties from other European countries, Asia, Australia, Canada and the US.

“The US is a very interesting market for us, as Greek products are well received there, but we also had a number of people contacting us via email and Facebook to ask whether they can find it there.”

Marinos and Nicolas are overwhelmed by the warm reception that their product received from the consumers and they strongly believe that the beer market in Greece is definitely opening up.

“The warm climate and social factors favor beer consumption. The craft beer market is expanding and consumers are looking out for quality beer more than before”.

Recently, the brewery “56 isles” of the Paros Microbrewery, got the first star at the “Great Taste” awards, the world’s most coveted food prize, which celebrates the very best in food and drink. As the young entrepreneurs admit, it was not such a surprise as they were very confident about their product.

“We do not want to sound arrogant but we have put so much effort and passion in making it and we spent endless hours perfecting everything. We knew that we had a good beer and we were confident that this was going to be recognized somehow.”

Their participation in the competition came after suggestions from friends that are in the food and beverage industry and have tasted the “56isles” beer. At first, Marinos and Nicolas were a bit skeptical but finally they made the application and sent a couple of samples to the awards. The next thing they knew they got the award!

“The biggest surprise was the delivery of the news at a time that we were not thinking about it. After we sent the samples we almost forgot it; a few months had passed without hearing anything and then all of a sudden in the middle of the busy summer season, we got the news that we won an award.” 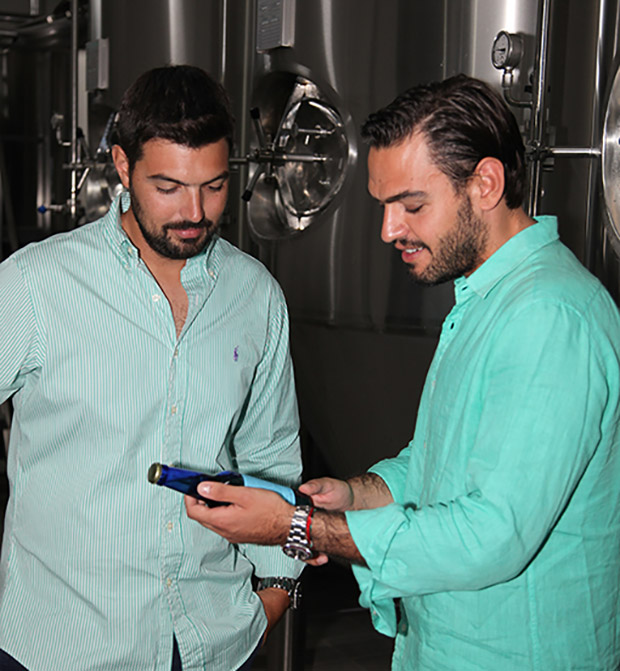 The option of Paros

Their decision to start a business in Paros is not accidental. Apart from the fact that it is Nicolas’ the place of origin, the Cycladitic Island has a barley variety that is considered to be ideal for the production of beer. In fact, when the first beer production unit was started in Greece, they used to go to Paros and buy the whole of the barley production from the local farmers and producers

“We wanted to create a product with a distinct character. This is a craft beer that you would enjoy under the sun of the Aegean but it would travel from there to be enjoyed all around the world. People that go to Greece will enjoy but also take away with them good memories from the places, the hospitality and the tastes. We wanted to create a product that would encompass all of these and the setting in the Cyclades is ideal. The memories that people have when they remember the breathtakingly beautiful scenery of Greece are reflected in our blue bottle”.

Marinos Alexandrou was born and lived his early years in Cyprus. After a short period in Athens he moved to London where he studied Business Economics and did a Masters in Finance. He started his career in finance and worked in Investment Management and Corporate finance and advisory and started investing and developing his own business ventures. He now run a portfolio of businesses with interests in the sectors of healthcare, leisure, property, F&B, tech and his latest venture, and a very exciting one, is the “56 Isles Microbrewery”.

Nicolas Pavlakis was born and raised in Paros. He studied public administration in Athens before going to the UK to do his Masters in management with finance. He lived in London for 3 years working before moving back to Paros with the aim of starting a business in primary production business, which led to the establishment of “56 Isles”.